Plugging reefers into electric standby not only saves money, but can remove a significant amount of pollution from the environment. Controlling the electric 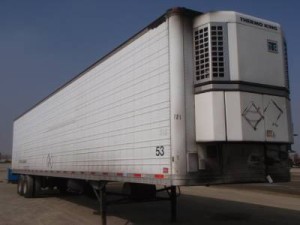 power smoke stack is far easier than controlling individual vehicle smoke stacks. According to a recently published study, a conventional diesel powered transport refrigeration unit (TRU), which keeps a refrigerated food cold, can emit up to six times as much NOx and up to 29 times as much particulate matter as a modern diesel truck engine.

The report indicates that due to changing demographics, particularly in Asia, the number of refrigerated vehicles on the road could reach 15.5 million by 2025, up from less than 3 million in 2013.

A Case for Reefer Electrification